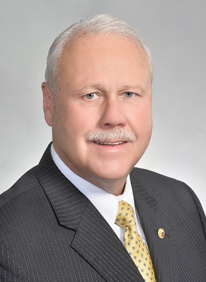 Major General Marty Umbarger, USA (Ret) chairs the Governance Committee. He is president of Umbarger Agribusiness, a family-owned business for more than 79 years located in Bargersville, Indiana with three divisions: Feed Mill Operations, Grain Facility, and Agronomy Plant. He is also a senior policy advisor with Bose Public Affairs Group, an advisory consultant for AM General Corporation, South Bend, Indiana and Raydon Company located in Port Orange, Florida. He has extensive experience in both agriculture and defense sectors.

He served 46 years in the Indiana National Guard rising from a Private to the rank of Major General. In March 2004, Governor Joe Kernan appointed him as the Adjutant General of Indiana. He was reappointed by Governor Mitch Daniels in December 2004 and by Vice President-elect, Mike Pence, in December 2012. He received praise from leaders, including Pence, who praised General Umbarger for his lifelong service to our state and nation.

During his tenure as the Adjutant General, he was instrumental in the establishment of the Muscatatuck Urban Training Center as a nationally recognized training facility for both military and civilian first responders. He also led the expansion of Camp Atterbury into a state-of-the-art simulation, cyber, mobilization and training facility.