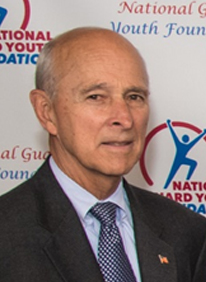 Kim Wincup is a member of the Governance and Government Relations Committees. He has had a broad career experience in both the legislative and executive branches of the federal government, in the private sector as a senior executive of a Fortune 500 company, and as chairman and member of a variety of boards and organizations in the defense policy, education, and technology fields. He is currently a member and past chairman of the Board of Advisors of the Naval Postgraduate School and is on the Board of Advisors for the National Security Studies Program at the Maxwell School of Citizenship and Public Affairs at Syracuse University. He retired in May 2011 as senior vice president at Science Applications International Corporation (SAIC), where he had worked since 1995.

He’s held several positions in the U.S. Congress. After serving on active duty for four years as a judge advocate in the U.S. Air Force, he began working as counsel for the House Committee on Armed Services. After 10 years as counsel, then assistant general counsel, he became the committee’s staff director responsible for all legislative and management activities for the remaining six years of his service. He also served as staff director of the Joint Committee for the Reorganization of the Congress in 1993. He also served as assistant secretary of the air force for acquisition and as the service acquisition executive responsible for the management and oversight of the U.S. Air Force’s acquisition program. Prior to this appointment, he served for three years as assistant secretary of the army for manpower and reserve affairs.

He holds a J.D. from the University of Illinois School of Law, as well as a B.A. in political science from DePauw University.