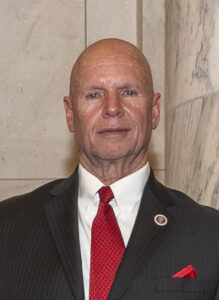 Alexander “Bob” Page, III is a member of the Audit, Fundraising, & Workforce Development Committees. He has over 50 years of experience at every level of State, National, and International Government.  He possess an incredibly high level of experience and understanding of the executive, Legislative, and Judicial branches of government and how they interact.  He has been a National Leader in numerous federal programs that have spread through the nation and the world.  He has developed numerous companies and LLC’s throughout the US.  Experience with National Security, NASA, Astronauts/simulators/launch sites/satellites (aerospace industry, moon missions to the space station, communications systems), and our most brilliant scientific minds, e.g. Wernher Von Braun, Stephen Hawking and numerous others past and present.  He is still actively involved in all areas of federal government.

Six years of higher education at the University of Baltimore and being a polymath, with a eidetic memory affords Mr. Page the ability to work with every federal government agency.  He has been published in National magazines and has completed multiple Executive Leadership Programs, public speaking and presentations at the federal levels of government.  He is a Vietnam-era Marine combat veteran, and a stepson of the man responsible for the first moon landing.  Mr. Page continues his career with national and international governments and industries.